When you create a workspace in Cerb, the owner determines who is able to use or modify it.

Sometimes you need to share a workspace with a few workers from different groups, while hiding it from everyone else. You can handle this with role-owned workspaces.

You’ll need to be an admin to create a new role.

Click the (+) icon above the worklist to add a new role.

Give a Name: to the new role.

In Apply to:, you can assign individual workers or entire groups.

For Privileges just select None. 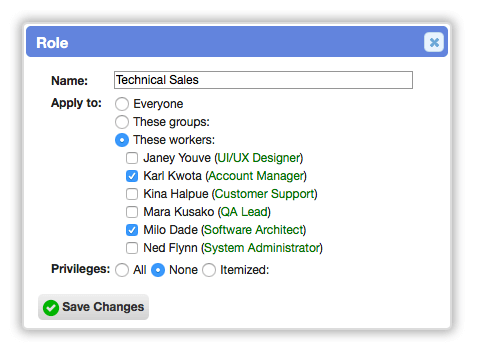 Now from the Search » Workspace Pages menu, you can use the new role as the owner when creating a new workspace or reassigning an existing one. 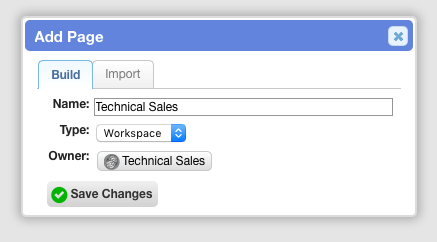